Description
Ali~Star is a 50+ year veteran Student of esoteric and '"Occult" literature and the theory and practice of divination.

As a Tarot reader or "Transcendental artist" He worked from 1976 till 2010 at the northeast corner of Channing and Telegraph ave. Berkeley Ca.

Now available by appointment only.

Ali-Star is also owner and moderator of
facebook groups: 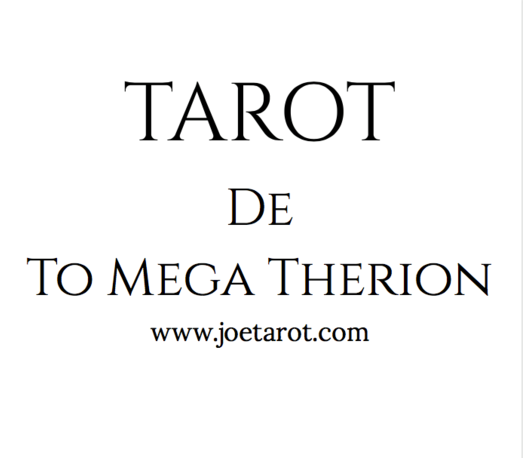 Divination as another way of thinking, communicating, inspiring and, like all great art, entertaining and educational.

... i am just begining to appreciate them from another point of view ..... from one point of view i look back on my childhood as idylic, halcyon and just plain .... well .... plain .... there was no sense of anything other than what and where i was, i just was in a very pleasant, comfortable, well fed, secure, and even to my childish eyes, stunningly beautiful place with no pain/suffering, that i could see..... but as i wrote you, and what i have only began to understand was that, not only did i not comprehend or understand all the hard work and suffering that went into creating that oasis of tranquiltiy and abundance (i was as unaware of it .....as my Native Grandmother could be about many aspects of the modern world) .... i was never initiated into it ... by the time i was 12 - 13 the wicked uncle stole ceadar flatts and kicked us off the mountain .... it was a running joke in my family .... those that watched t.v. kept waiting for the Waltons to be kicked off their mountain by some wicked uncle

I think you should write about it. I think you have a real treasure in your memories. And you can take the preoccupation in royalty as a metaphor to examine what are royal, and the memories that are.

> Eoghan ....  i dont want to intrude into your personal space, detract
> you from those things you desire to focus on with a request that you
> focus (to whatever degree) on my written down introspections .... but
> i was wondering if i could run by you some thoughts i have had
> recently about myself, and my fascination with Monarchy, Royalty and
> not so much the Royals (individuals) per se as the set and settings of
> their lives, Versailles for example .... why i have such a draw to
> such elitist institutions and traditions ... why i have always had a
> fascination with the wealthy and powerfull .... even though, as the
> memoires point out, i was born and raised in a very back woods, rural
> envinronmnet .... a possible explination for the 'sense of
> entitlement' and other such arrogancies ..... has recently begun to
> occur to me (i have been reading Browns "Life Against Death ") and i
> thought to seek out any thoughts you might have on my attempt at
> memoires .... ?
>
> It occured to me as i was writing about my mother, that i dont need to
> write about me, just the life i grew up in?
>
> I was going to send off the request you read something and if you
> agreed the send it along,  but i just decided to go ahead and send it
> along, and the reason im talking about above, the reason for a lot of
> my attitudes for life is that i was a sickly child, brought up in a
> time and place that for all our so called 'pvoerty'  i was doted on
> and cared for in ways that could fairly be described as luxurious, but
> also pampered indulged and even spoiled .... i was treated like a
> little prince, nothing was demanded of me (well once but i climbed a
> tree instead and yes i know there are aspects of all this that
> transcend tribe, time and place, but while i was made to feel our
> poverty, i never knew it, i was told we were poor and didnt have
> electricity and indoor plumbing but not haveing money i had no worries
> about it ... and i guess what i am saying is that for the last 60
> years i thought i had a miserable childhood out in the sticks .....
> now i am beggining to appreaciate the natural, organic envinronment i
> was lucky enough to grow up in as a pampered and indulged son thereof
> .....
>
>
> Here is the first bit of writing (but not introspection) that
> triggered this desire to get your opinion thereof .... do with it and
> the above as thou wilt
>
> JL
>
> ====
>
> me mum was a good cook .... even when she had no one to cook for and
> began to use processed foods ....
>
> ... small servings of things for herself that she would 'tart up" a
> bit and thorughly enjoy for herself ..
>
> ... i am the only one of her children (5 older sisters) that not only
> can cook but wants to ...i was too young to be exposed to the drudgery
> and slavery of house work in the 1950's rural pacific northwest (no
> electricity or indoor plumbing, hand pump in the kitchen sink was
> considered outragiously modern ...not only did she cook for an
> extended family and hired hands but also for visitors and relatives
> who might just 'drop by' for 6 months or so ... and by the time i came
> along in '52 she had it down to a science .... could multi task and
> clean other parts of the house as well .... i was too young to realize
> the intense work and labor that went into it and how my older sisters
> were made to help ..... kept out of school on certain days to help me
> mum do a wash or bake bread  which were all day jobs, often times in
> that time and place boys would be excused from school during a late
> harvest so they could help bring it in ... many girls had a similar
> day of baking (wood fired stoves) laundry once a week  and while the
> boys were off harvesting  me mum and the girls would be at home in a
> sauna of a big old country kitchen "canning" the fruits of the
> field...
>
> ...oy! sometimes i think i should just write a book ....
> --
> --
> Mr. Joseph Littleshoes Esq.
>
> Domine, dirige nos.
> Let the games begin!
> http://fredeeky.typepad.com/fredeeky/files/sf_anthem.mp3